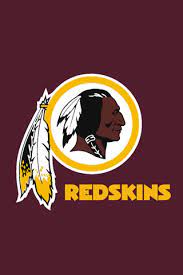 He was born in Chatham County on January 27, 1967 to the late Clinton and Leona Morgan. Growing up you could often find him going to rock quarries and rock concerts with his brother Randy. He worked for over 25years as a CNC machinist and loved what he did. He was a huge Redskins fan, and enjoyed watching sports especially when his children, grandchildren and nephews were playing. His greatest life wish was to see the northern lights.

The family will hold a public memorial at Camelback Bridge Truss in Sanford, NC on 6:00PM on Sunday, June 5, 2022.

In addition to his parents, he was preceded in death by a grandson, Bently Creason; and sister, Janice Morgan.

To send flowers to the family or plant a tree in memory of Ricky Paul Morgan, please visit our floral store.

A Memorial Tree was planted for Ricky

Join in honoring their life - plant a memorial tree

You can still show your support by sending flowers directly to the family, or by planting a memorial tree in the memory of Ricky Paul Morgan
Share a memory
© 2022 Piedmont Cremation & Funeral Service. All Rights Reserved. Funeral Home website by CFS & TA | Terms of Use | Privacy Policy | Accessibility