Share a memory
Obituary & Services
Tribute Wall
Read more about the life story of Thomas and share your memory.

Thomas "Tommy" Lloyd Anderson passed from this life to live eternally with the Lord on Monday, January 16, 2023.

He is survived by his father, Thomas Leroy Anderson (Sandra) of Youngsville, mother, Rebecca Joan Johnson of Wilkesboro, sister, Anissa Lynn Anderson of Siler City and nephew, Ryan Cody Anderson of Ramseur. Thomas is also survived by several aunts, uncles and cousins, as well as a host of friends.

He was at his happiest being outdoors.  He held a lifetime hunting license and enjoyed deer hunting with his Dad, nephew and friends.  Fishing, kayaking, gardening and cooking were also some of his favorite hobbies. Thomas loved firing up his pig cooker for friends. He had also developed a love of old cast iron, and took great pride in collecting, restoring and using iron.

Thomas was a graduate of Garner Senior High School, after which he became a golf course equipment technician. He also worked alongside his father with Anderson Repair Service.

Per Tommy's request, a celebration of his life will be held at his home June 10, 2023, in lieu of a funeral.

To send flowers to the family or plant a tree in memory of Thomas Lloyd Anderson, please visit our floral store. 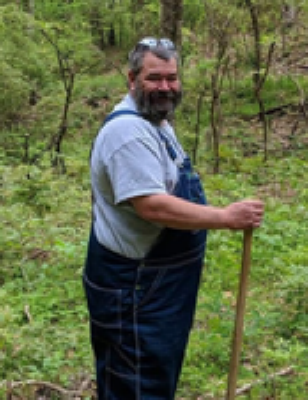 In Loving Memory Of

Look inside to read what others
have shared
Family and friends are coming together online to create a special keepsake. Every memory left on the online obituary will be automatically included in the book.

In Loving Memory Of

Look inside to read what others have shared

Family and friends are coming together online to create a special keepsake. Every memory left on the online obituary will be automatically included in the book.

You can still show your support by sending flowers directly to the family, or by planting a memorial tree in the memory of Thomas Lloyd Anderson
SHARE OBITUARY
© 2023 Piedmont Cremation & Funeral Service. All Rights Reserved. Funeral Home website by CFS & TA | Terms of Use | Privacy Policy | Accessibility